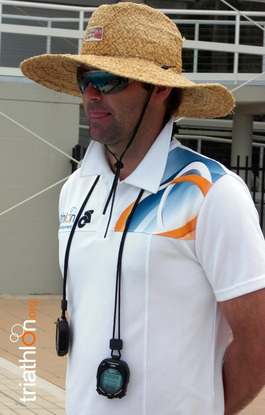 With a strong sense of purpose and distinctive coaching style, Toby has compiled a long list of coaching achievements, mentoring numerous athletes to regional, state, Australian and International representative standards.  Since launching SCTA in 2002 he has also curated a successful junior program guiding 58 juniors into Queensland Schools Triathlon Teams for the National Triathlon Championships for 17 consecutive years.

Toby delivers comprehensive, tailored programs with the aim to draw the most out of you. There's no 'one size fits all' plans here. From beginners to the most seasoned racers, athletes of all ability are welcome to train with the SCTA squad. Whether you train with the squad on the beautiful Sunshine Coast or require a program via correspondence, Toby individualizes training plans to accommodate your level of fitness and triathlon aspirations, which ultimately ensure you're at your best come race day. Drop in for a chat at one of the squads scheduled training sessions listed on our training timetable page. Or contact Toby for more details.

﻿"Training plans to suit you"

As a regular commentator for IRONMAN Oceania and The Event Crew, you'll see Toby on site at various Queensland and Interstate races. A favourite with athletes, Toby's well known for his witty banter during post race interviews and stellar scooter skills while providing live race updates out on course.  Contact Toby to discuss commentary availability for your next event.